Created by the wonderful Turbine Sound Studios, this manages to recreate the true nature and feeling of flying in the Douglas DC-3, and especially with the usage of the Pratt & Whitney R-1830 engine. As one of the most popular engines of the era, it makes a booming range of noises which have been captured here in sublime detail. Read more...

Captured using various sounds from the DC-3 Vennernes aircraft to ensure it sounds just as it should, this package makes it easy for you to really buy into the sight and the sound of this aircraft when using a simulator. By replicating that look and feel perfectly, this makes it easier than ever for you to full clarity about what each sound you hear when flying an aircraft means as well as how you can get to grips with this in the most precise manner – everything you learn here is valuable!

This can be the perfect tool for making realism come to life, as well as giving yourself a better understanding and grip with how an aircraft should send as you fly.

The aircraft itself is well recognized for its style and its nature, giving the world of aviation a real kick in the right direction across the 30s and 40s. Although archaic in design today, it still emits incredible power and it was one of the most significant transports of its kind as it helped to inspire the glut of Second World War aircraft that were witnessed in the 1940s.

However, one thing to remember about this kind of aircraft is that the DC-3 was only powered by the engines it used; and in this case, the Pratt & Whitney R-1830 is the most impressive engine of its era. It helped to shape the idea of many more engines to come and quickly created the template by which just about every aircraft of this size and profile followed for many decades to come.

With more than 170,000 engines of these engines being put together, it was one of the most commonly produced engines of the era and indeed of all-time. The extra power and “boom” that it brought to the table made the engine an instant hit with petrol heads and speed junkies, and it soon became the engine of choice for many aircraft.

The HP range of the engine changed dramatically depending on what you were looking at, and went from anything in the 700 ranges right through to 1,200HP. This ensured it carried that incredible power, and its range and development was a catalyst for long-term change within aviation. By doing so, the entire world of flight was dramatically altered and manipulated to fit with the format and the style delivered here.

The whole package comes together in the most enjoyable fashion, ensuring they always look spectacular and manage to carry both the sound of the engine being used, but also the sound of your actions.

It was created in loving memory of Erik Nielsen – rest in peace, Erik. 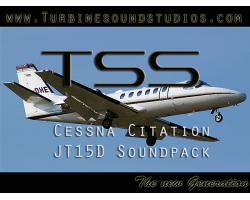