When it comes to enjoying a simulator, it can be a challenge to really appreciate the unique nature of the world around you. Although FSX and P3D are outstanding pieces of software, they do not provide the same access to the world that others can through the use of modifications. As part of the Danish Airfields X package, you can now come and visit Herning Airport EKHG in Denmark with new vim and vigor about it. Read more...

Gone is the original that was so devoid of any character or style, and it is replaced by a new look that improves everything you would possibly expect from the original. With new custom models featured and included that consistently change and improve the whole look of the airport, these also set the tone for the fact that this isn't just another generic Airport X.

This helps to really make sure you can feel appreciative of its differences. With 3D grass vegetation, custom-made ground textures, and a brilliantly handled transition from day/night and from season to season, you can see a new style of the airport open up in front of you.

A major benefit of using this airport, though, is the fact that Herning Airport EKHG is so easy to get to the rest of Jutland. Its central position in Jutland means it can be a great place to start from - not to mention the fact it has a strong historical context within Danish aviation.

Established in 1943, it was actually used at one stage by the Luftwaffe as a dummy airfield to direct attention away from the Karup Airbase instead. Whilst not the most honorable of previous existences, the Herning Airport EKHG is an important part of Danish aviation history nonetheless.

Today, though, it's a very popular airport for general aviation and you'll see plenty of new activities going on. From flying clubs moving around the place to gliding clubs - home to the mighty Herning Gliding Club! - to the brilliant 1,200m asphalt runway, grass runway, and glider strip for taking off, you'll love spending time here at the Herning Airport EKHG in its new form! 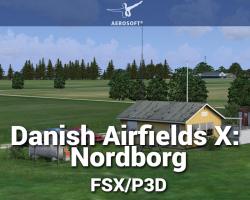 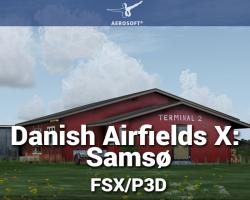 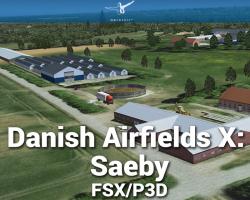