Bunker Hill began as a Naval Air Station in 1942. When the naval pilot training mission ended after World War II the Navy closed the base. The base area reverted to farming use until the United States Air Force reopened the base in 1954 as Bunker Hill Air Force Base and assigned it to Tactical Air Command. Initially home to tactical fighter units from the F-86 to the F-100 it was also home to Air Defense Command operating F-89's and F-94's. Read more...

The Strategic Air Command assumed operational control from the Tactical Air Command in 1957 with the Boeing KC-135 Stratotanker. In 1959 the Strategic Air Command moved the 305th Bombardment Wing from Florida to Bunker Hill equipped with the Boeing B-47 Stratojet. The Convair B-58 Hustler soon began replacing the B-47s. Starting in 1960, the Air Force equipped the 319th Fighter-Interceptor Squadron with the F-106 Delta Dart. The Delta Darts remained until 1963. The B-58's were retired in 1970 and the 305th Bombardment Wing became the 305th Air Refueling Wing flying the KC-135.

Following the Apollo 1 disaster in 1967 the base was renamed after astronaut Lieutenant Colonel Virgil ("Gus") Grissom, an Indiana native. The Air Force officially renamed Bunker Hill as Grissom Air Force Base in May 1968.

The Team SDB version of Bunker Hill represents the early 1960's when the base was home to B-58 Hustlers, KC-135 Stratotankers, and F-106 Delta Darts. 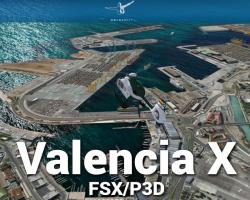 My father Ron Cone was a B-58 AC for the 305th from early 1964 to the close of the program in early 1970. He had roughly 1200 hours in it and at retirement in 1982 named it as his favorite aircraft ever flown. We lived at Bunker Hill / Grissom for those nearly six years - an unheard-of length-of-stay for SAC in those days. I went to K through 5th grade at Randall Elementary school, partially depicted in this scenery at the north edge of the housing area. My kudos to the team that attempted the great task of bringing this old base back to life. Many of the details are very good. A few things I'd suggest for the next update... US 31 running N/S just east of the base was not a four-lane divided highway during the 'sixties, just a single two-lane blacktop. Also, many of the base's "business area" buildings seem to be taken from a modern overhead of what's left of the base, and in that case several of the buildings are not quite right. Historical shots of the area would be advantageous in any upgrade. The alert area is terrific. The hangars off the flightline are great, but you should leave the doors open so we can get some planes in and out of there. Also, although our old house on Randolph Street is depicted, a little over half the houses on base are not. For the next upgrade, could you build them all out? And during the 'sixties, the large airplane park and museum off the north end of the runway did not yet exist. All they had there was a B-47, a T-33, and a B-17. Would love to see it that way again. Thanks so much for giving me such a beloved home base for my B-58 collection! 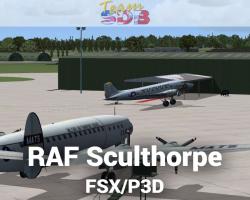