B-45 Tornado for FSX

The B-45 Tornado is a name that many people will be familiar with due to its reputation during the Second World War. It's an aircraft that commands a real presence and strength that is hard to match for its era, and although it eventually was phased out entirely it was limited service beyond the Second World War. Read more...

During that period, though, it was quite comfortably one of the most effective and challenging fighters of its ear.

The large aircraft was a brilliant jet-bomber hybrid, and with this package you get to finally test out that kind of strength and versatility for yourself.

A whole range of excellent high-detail texture packages have been included, with different model variations added in for ease of use and management, as well as extra choice when trying to find the best look for your own flight style. The extra liveries included are; 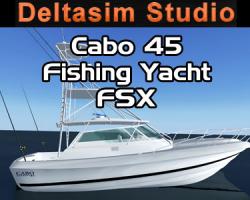