This awesome package recreates the famous B-36 Peacemaker, which is rather ironic given the incredible raw power that it brought to the table. The aircraft itself was known as a MegaBomber at the time due to its sheer size and the range of power that it brings to the table here. Read more...

Likewise, the enormous nature of its size and the power of its engines means that you really do feel like you are using a flying fortress with fantastic power and strength, combined with a really surprising quality and top speed! You'll be positively surprised when you try this aircraft out.

In this remake, you'll have all the help that you need in getting into the cockpit and enjoying yourself moving forward. Given that it comes with 19ft propellers and six engines there is a chance that you've never flown anything quite as dramatic and as powerful as this. With so many smaller features such as crew trainers and other additions, this makes the B-36 a little easier to get to grips with.

If you are interested in seeing what the aircraft of the 1940s looked like then you should really consider giving this a try to see how bombers originally worked.

If this included the XC-99 I would buy it for twice the price. 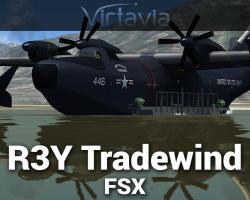