Should you choose to fly to the United Kingdom, one thing you will notice is that airports become quite sparse as you move up the country. While London may have many transport links, the northern parts of the UK are somewhat barren in comparison. One of the major northern hubs for aviation is Manchester and Manchester Airport in particular. Read more...

As the largest airport outside of the London met region, Manchester Airport is very important to the British aviation scene. It's for that reason that so many pilots see it as an ideal place to fly to and from. With three passenger terminals and a goods terminal, it's the only airport in the UK outside of Heathrow to have two runways over 2,999m in length. Over 1,4000 acres in size, too, it's a massive airport that deals with flights to close to 200 destinations.

For that reason, it plays a critical role in the British aviation scene since it first opened as Ringway Airport back in 1938. Since then, it 's been used by the Royal Air Force and then eventually by civilian uses since the ned of the Second World War. After many developments of the years, this has taken on numerous numbers of millions of passengers per year, with capacity for as many as 50 million passengers per annum.

Textures have been reworked to features a physically correct lighting and reflection style. This is allied to various animated features, such as service vehicles, marshallers, and jetways all coming to life like never before. The whole of the airport feels generally more awake, and those who use TerraMaxx can enjoy the use of extra seasonal textures as well.

For those who like to take a trip to Manchester, then, this add-on may be just what you are looking for. 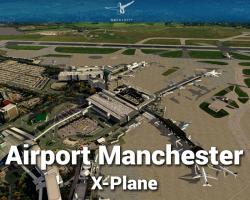 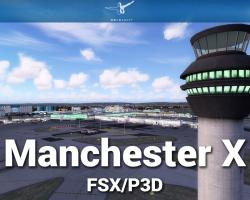 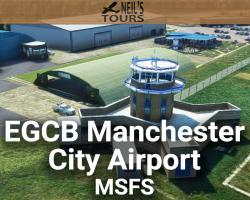 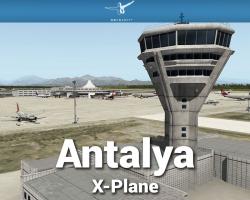