The Piper PA-32R was originally created as a small luxury aircraft for personal transportation in the mid-1970s. Since then, it has been a long-time favorite of pilots and passengers alike. With its light, compact design, roomy interior, and the long-standing endurance of its innovative engineering, it's no wonder that the PA-32-R has been in such high demand for both aviation enthusiasts and famous people alike over the last four decades. Read more...

Now, thanks to recent advancements in flight simulation technology and the expert developers at Carenado, you can see, feel and hear the excellence of this amazing aircraft for yourself.

This Piper PA-32R-301 Saratoga SP package for Flight Simulator X is sure to bring many hours of enjoyment for any lover of planes and realistic flight simulation games. With its incredibly rich and detailed modeling, high-definition stereo sound recorded from the actual PA-32R-301, and fully functional interactive cockpit controls, you will be sure to become completely immersed in the experience of piloting this exceptional high-performance aircraft.

Every aspect of this aircraft has been carefully considered for inclusion in this simulator. It seamlessly incorporates minute specific aspects such as an external vibrating antenna as well as individual switches for instrument and dome lights. Even reflections on the windows of the aircraft were not left out from this extraordinary 3D model.

Also included with this package is a PDF manual of the virtual controls and a complete checklist and reference guide to the procedures.

The aircraft is festooned with numerous small details, including most interestingly for you rivet counters out there, an actual 3D oil cooler inlet, complete with oil cooler within. In addition to these small details there are the usual features of fully functioning doors, as well as an array of streamers/covers/chocks which appear upon parking brake application and master switch shutoff. - Avsim 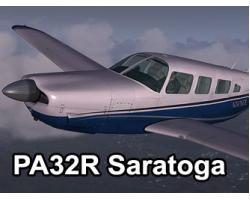 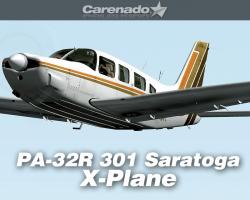 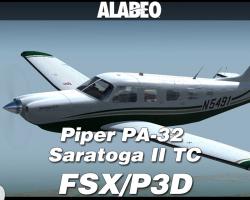