As the most populous nation in the EU, Germany is without a doubt one of the seats of power within the world. It’s massive size and appeal to the rest of the world is helped by the fact that Germany is such a massive country. This package lets you get access to Germany in a way that you have never seen it before; by taking the entire northern section of the nation you can see some of the most populous sections of the country come to life in truly stunning detail in no time at all. With 80m inhabitants, it makes sense to split it all up a little bit as you’ll be flying for a long time over each of the specific sections! Read more...

Northern Germany is made up of a variety of towns and regions, although a specific cut-off point is not officially stated. This package, though, covers a huge range of Germany and makes sure that anything that could be considered “northern Germany” is managed in the right way. However, it typically refers to what is known as the Sprachraum area, north of the Uerdingen and Benrath Line. This takes you all the way up to the coastline of the Northern and Baltic seas, too, giving you just a rough idea of how vast a nation Germany is.

By capturing everything in stunning photorealistic detail, this gives you access to the low hillside terrains that so elegantly make up the Baltic Uplands, as well as the moraines and the glacial valleys. Typically seen as the more rugged parts of the nation, this is a part of the country with a deep culture and history that runs into each and every nearby city and region. This compromise of many of the most important cities in the industrial side of Germany, although it is a nation which balances out is resources and strength extremely well.

The likes of Lower Saxony, Hamburg and Bremen are all perfectly represented in this package as you’ll get to take in some of the most powerful federal states in the entire nation. Even non-coastal states such as Berlin and the North Rhine-Westphalia regions are taken into account here in truly stunning detail. You’ll find yourself able to access massive cities like Hamburg, Bremen, Hanover, Bielefeld and Munster as well as the capital of Berlin itself.

Each city has been created using stunning photorealistic images along with the scenery and the world that surrounds you as you fly about.

Many airports and various features are scattered across the smaller towns like Rostock, too, and you’ll be able to easily enjoy the massive strength of unity that emits across the north of Germany. This unity has created a truly diverse society that are all more than happy to work together to create a really stunning selection of regions – all captured here in the most sublime detail imaginable. This makes a huge difference in general, ensuring that you can get the chance to really see Germany properly! 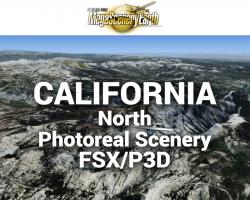 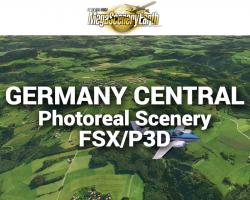 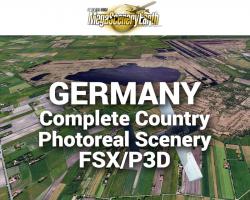