As arguably the most powerful nation in the whole of Europe, Germany is a country which holds an incredibly sway over everything finance and politics to culture and sport. As a key nation within the vast majority of world organizations, too, they play a significant role in the development of the entire planet. Read more...

For that reason, it’s one of the wealthiest nations and has many traditional bases of power throughout. From the capital Berlin to the smaller cities that are scattered around, Germany packs more than 80m people in their land making it the most populous member of the EU.

This massive status means that, for flight simulation fans, there are few more enjoyable parts of the world to fly over. This complete recreation of Germany captures the attention and the style of the country in the closest detail that you are likely to find; this is the only mod out there that covers all 135,000 square miles of the nation going from border to border. With so many key parts of Germany covered in here, you’ll be able to land and take off from numerous spots throughout the nation including 480 different airports which range massively in size and style.

By being such an incredibly deep nation, they give you all the help that you need to start really seeing just how amazing a flight simulator can look. This combines all of the main cities across the country and spans the whole thing, making it easy to see just how much this country actually packs in. The scenery and the style across the country in general make it incredibly simple to fly over as the majority of Germany is quite flat. This does mean that you do get to see the whole country in more detail, as there are less obstacles in the way of your view.

The country itself is also made up of stunning land masses and beautiful natural rivers that run throughout even some of the most important cities. Whether you want to fly over the largest region, the Rhine-Ruhr region, or you want to stick to the ten other metropolitan regions you will find that Germany has more than enough for you to see in general. It’s unique shape and the massive range of towns – with 31 being recognized as “metropolitan areas” you’ll have no shortage of massive cities to fly over and see, either.

This kind of style and general nature is the perfect makeup for any nation – with so much industry and culture being mixed into one, you will get to enjoy a truly unique view when you fly over Germany. This package really does being Germany into the perfect flight conditions for you, making it incredibly easy to fly around and get a true feeling for the massive size and deep nature of the country.

If you are a fan of sprawling metropolises fitted into beautiful landscapes and detailed agricultural locations, you will find that Germany is the place to fly over! 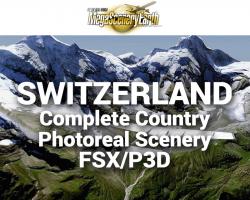 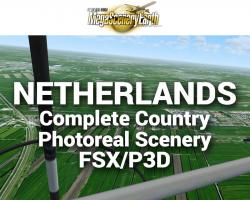 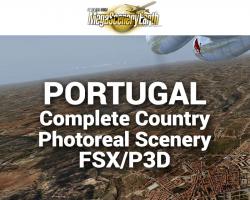 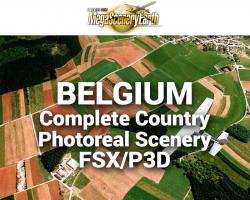