With this fantastic addition to your FSX and P3D package, you can make sure that Indianapolis changes for good. Part of the US Cities X grouping, this is a popular add-on package that ensures users can get a whole new look and feel to the cities around them in FSX, ensuring that realism can roam around the cities like never before.

Well, with this mod you can finally get a whole new take on Indianapolis, changing the way that it looks and ensuring that you have the finest possible take on the city, with everything from its format to the size and style comprehensively reworked.

This is based on high-end aerial imagery that is used to put in place everything from local landmarks and additions to heliports and smaller buildings into the right location. From the scale to the attention to detail, this manages to really capture the look and feel of the real city, bringing it to life in a way that many mods would have struggled to have done.

Created to fill in the massive gaps in the city that previously existed, this ensures you are left with a city with much greater density than before.

Now major parts of the city are being improved and changed to fit the original idea, helping to bring together a design of the city that will make sure you have an appropriate design for anyone either from Indianapolis or who would like to come and visit it, seeing it transformed from start to finish, including;

Overall, this mod offers a comprehensive remake of a popular city, adding in all of the important features and edits that will make such a telling difference to your overall enjoyment of your simulation experience in Indianapolis. 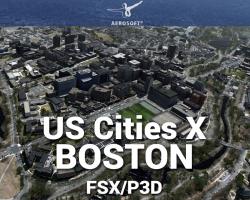 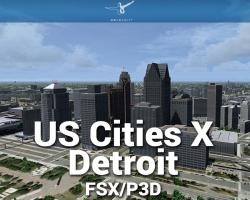 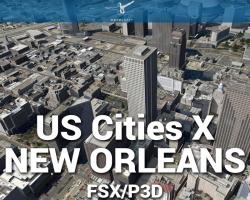