Although many different kinds of aircraft engines exist in the modern world, very few sound the same or look the same. The sound, though, tends to be the main difference and for some of the biggest engine firms like Rolls-Royce, this can become a very important factor in their development of aviation engines. Read more...

For example, take the Rolls-Royce Trent range; many of these have been completed over the years and therefore numerous versions of it exist in different guises with numerous features included along the way. However, the RR-Trent 1000 is one of the most popular of the recent ranges.

Released in 2006, this engine became massively popular and has been used on both commercial flights and regional flights various times – it was used on the Boeing 787 Dreamliner aircraft almost exclusively, and this made it a very interesting aircraft to fly thanks to the rather unique nature of the engines.

If you are interested in seeing how this works and pairs up together, you need to try this package out – this Turbine Sound Studios package is the absolutely perfect, HD recreation of the original engine in all of its glory capturing the sound perfectly and in a dynamic fashion.

Everything comes together here seamlessly, ensuring that you have the perfect solution just waiting for you; 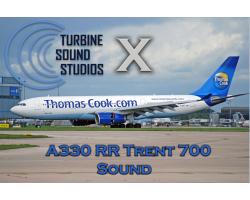