A simple but highly useful tool from the dev team at SoFly.  This tool will be useful for every virtual aviator - making setting weather in Microsoft Flight Simulator a breeze. Read more...

Complete with over 50 predefined weather scenarios (details below) - all you have to do is choose a preset within the sim and all of the advanced weather options are chosen for you automatically for that preset.

This tool has been designed to allow you to fly with all-new weather presets without the need to create your own or rely on live weather. Let your imagination run wild and experience even the most unrealistic flights, from humid sandstorms in the Arctic to frosty blizzards in the Serengeti.

Experience torrential tropical storms, harsh hurricanes, and brutal blizzards all with the click of a button thanks to Weather Preset Pro.

Weather Preset Pro goes beyond what is possible with the built-in tools to provide 50 brand-new weather presets to Microsoft Flight Simulator.

Weather Preset Pro is the perfect way to try out challenging conditions anywhere in the world. Land at difficult airports in zero visibility or test out your skills with gusty winds sweeping your aircraft from side-to-side.

Content creators will be able to also quickly jump between stunning clear skies to towering storms for those incredible cinematic shots.

So whether you're looking to experience the crisp morning dew air or battle through terrifying sandstorms, Weather Preset Pro will enable you to let your imagination run wild.

Below are the latest updated, version releases and changelogs for this software.

Existing users/purchasers may download the latest version in their SimShack order history pages by clicking on "Download Latest Version".

We're pleased to announce that Weather Preset Pro has been updated to version 1.10. This new version fixes a handful of bugs, adds a few new changes but most importantly, expands on the original 40 presets. Weather Preset pro now includes 50 weather presets for users of Microsoft Flight Simulator and enables them to quickly and easily apply a huge variety of weather scenarios to test their skills or capture the perfect shot.

Whilst we're excited by the new presets, we're also pleased to have found better ways to implement some of our ideas in the previous build and used new techniques to make them more visually appealing and realistic to fly through. We have toned down some of the harsh winds from some of the conditions and improved how your aircraft controls during those stormy approaches.

View all products/add-ons by SoFly. 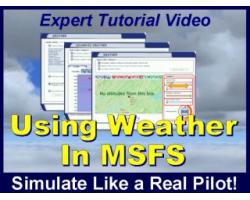 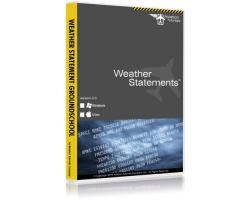 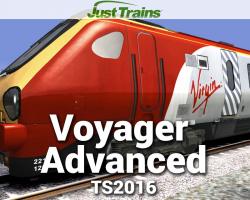 I don't plan to buy so many addons that they would add up to the same price as the original Flight Simulator itself, but this addon is cheap enough to be worth the added value.

I prefer some level of control to choose the circumstances in which I fly the simulator, so I don't use Live Weather that much, but I do like some variation. Setting up custom weather conditions by yourself is quite some work though, so significantly increasing the number of presets with this product is well worth it. I would not expect Asobo to provide more than their standard presets though (it is their job to focus on getting the Live Weather right), so it makes sense to leave this to third-party add-ons and I am happy to spend these few bugs to save me a lot of time if I were to make those presets myself.

I particularly like the "Spring Sunshine", "Morning Dew" and "Spring Showers", although they are rather similar: they provide you with scattered developing showers around you and a guarantee of rainbows. Another one I'd recommend is "Dense Clouds". Regardless of what the name suggests, there are quite some open spots between those close, so you get a nice pattern of bright and dark areas of sunshine or shadows on your landscape.

I do have a couple of constructive suggestions though (although I have no clue how difficult it would be to implement them): 1. Would it be possible to add sound effects to the "Sandstorm" scenario? I am not a real-life pilot, just a simmer, but I would imagine that sandblasting onto your plane would make quite a racket in real life, but it remains silent in the sim. All that the "Sandstorm" scenario does is to add a brown-yellowish haze reducing visibility. I'd guess the sound effect of a sandstorm on a plane would be less heavy than hail, but more intense than rain?

2. Perhaps it would be an idea to prepend not only "WPP - ..." to the names, but also some indication of general categories (such as: "WPP- Rain - Light Rain", "WPP - Storms - Hurricane Conditions", "WPP - Wind - Strong Gusts", "WPP - Clouds - Big and Bold", "WPP - LowVis - Dense Fog", "WPP - Clear - Tropical Rays", etcetera), which might make it easier to find some different variations along a theme amongst the many presets that are provided, as they are listed in alphabetical ordering, which is not that intuitive. On the other hand, I can imagine that will be hard to do this consistently as some presets might fall into several categories in that case.

3. To be honest, based on the advertisement, I had expected a bit more from the "manual". It is not much more than an overview of the different presets and one page explaining how to read one example METAR. It would be nice to expand on that a bit to turn it into a more complete explanation and more relevantly: by lack of a proper manual provided by Asobo, describe how it works to customize the presets using the built-in tools?

Anyway, I have no regret spending 5 euros to significantly increase the variety of circumstances to choose from without having to go into the nitty-gritty work of customizing the weather through MSFS's built-in tools. I'm not sure if I would have bought it if it would have been more expensive, but the present price-quality ratio is perfect!

Its, though, very cheap product and has a lot of presets but I didn't like the quality texture very much. It strikes me as if I'm still playing 10-20 yo simulator with these presets. Default Weather presets are pretty good already. I was hoping it to be something like Real Environment Extreme for Flight Sim but its not. Light Fog, Dense Fog, Low clouds and many others look exactly the same and has many linear lines across the horizon. I guess we could use the presets and tweak them to our likings. Thanks My specs Ryzen 9 x3500 RTX3090 on Meg X570 ACE.

Very easy to install. It was so easy that I thought it did not work, started up the sim went to weather settings and behold all the presets were there. Went through them all and loved every one of them! For the money, this is well worth it. This product I think is awesome! So get your copy today and get some cool weather effects.

Simshack purchase is super smooth and fast. 5 stars. Weather Preset Pro is an excellent addition for MSFS 2020 adding many easy to use presets that can be applied on the fly super fast. Very impressive for a very low cost. One of the better buys I have made for a long time. Thanks.

Absolutely fantastic add on you must have to get this at £4.99 this is the cheapest and best weather add on I have seen in years and MSFS weather is good but the extra you get with this add on is out of this world . Buy it and have a whole load of fun.

I rushed for a review like a bad costumer, apologies. I got to understand the tweaking and I was stunned to find out the number achievable results. super easy to install and tweak each presets, can't imagine flying without its presets. great work.

I am 75 years old Simmer from 1982 the rest is the history, I have hoped and dreamed for 38 years for this beauty. I can only say thank you. I just want to create cinematic wonders. Superb creation gentleman.

With so many different settings possible in MSFS, this app is brilliant I can easily set the weather now. It would have taken me ages to work out the settings. £5 well spent.

Down loaded with no problem. Easily installed. Works as advertised. Fine product. 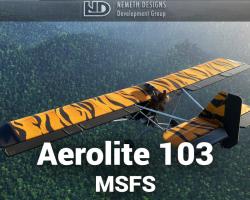 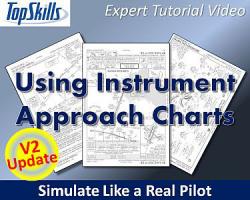