For many, planning a flight in a simulator is a headache that they could most certainly do without! However, with this brilliant new professional flight planner X mod for FSX, FS2004 and P3D these problems no longer need to surface! Read more...

This is a fresh, new and engaging addition to the flight planning world that should make your life in general so much simpler. It's a tool developed by a team of real-life pilots and dispatchers, meaning that it follows proper aviation protocol and offers a valuable, realistic and exceptionally enjoyable take on flight simulation.

This enables aviation fans to create a professional quality of flight, similar to those that you would be see used by a real-life airline itself.

Taking the Next Step

Indeed, this mod is made to offer a friendly and simple way to make use of even more power. Now it's easy to build flight plans in just a few simple steps using this wizard. From the advanced user options that permit a genuine flight planning system alongside a sophisticated range of EROPS and re-dispatch planning, it's never been easier to organize your trips up into the skies in any of the popular and commonly used flight simulators.

This printable flight briefing package also gives you real-time weather and wind charts alongside METAR, NOTAM and TAF reports; it's this attention to getting everything in place and working in tandem that makes this such a powerful and exemplary piece of kit.

PFPX also comes with a new range of aircraft databases which are huge in volume and provide you with everything from Airbus to Cirrus. It also comes in an open source file format that allows for easy editing and creation of new aircraft types, alongside a regular navigation database update for authentic and easy route planning.

You can download a sample of this package here.

Put simply, PFPX operates by using various forms of data to provide a solid, real-time information display which is directly into the program itself. This cuts out a lot of the resource management problems that other similar mods might have suffered from. More importantly, though, the data that this collects comes from multiple sources and is processed, formatted and optimized by the servers before being distributed to users.

The key data fields included are the likes of TAF, Tracks, NOTAMs and METAR alongside Winds. This information, when provided up-to-date and in real-time makes it much easier for you to work with large amounts of server data traffic moving forward.

How Does Server Subscription Operate?

The server that you get activates itself after your initial usage. This is a free server subscription and lasts for 365 days, and is automatically configured for easy usage.

When the 365 days have passed, though, the subscription has to be extended. To do this you need to visit the official PFPX page can add additional server subscription time.

What If My Subscription Runs Out?

Should you ever be someone who has no subscription time left and you do not want to buy any more subscription time, then PFPX still operates at a fully functional level. However, it does now no longer carry the real-time data that we discussed above, you'll no longer have full CFMU flight plan validation either.

However other sources such as ActiveSky and RealEnvironment Extreme as well as saved weather data will all still be fully accessible, so you don't need to worry about that. It just means you no longer have access to the real-time data. You can decide to change your subscription and add more at any time in the future. 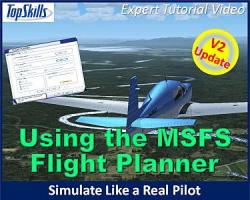 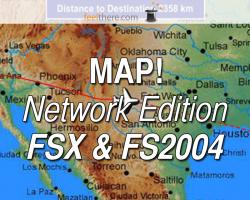 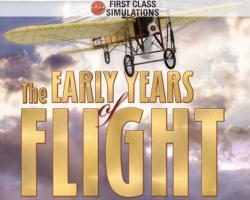